Over the Hump this Session, and Constitutional Carry is Stalling in the Legislature

With less than a month to go, this legislative session adjourns on April 30, 2021.

Republicans currently hold a 24-16 majority in the Senate and a 78-42 majority in the House. You’d think that pro-gun bills would be flying through the legislature, or that Capitol would be open to the people.

Well, no one can go inside to meet with their lawmakers to voice their concerns since the Republican leadership has deemed to keep the Capitol closed, even though they advertise the state as being open.

They also have pro-gun bills stalling — and worse, they’re throwing crumbs at us and believe that we’re happy with them for it. 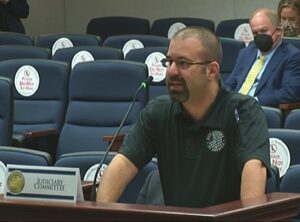 On such example is HM 1301, which was heard and debated in the House Judiciary Committee on Monday, April 6.

The text states the following:

“Expressing the consensus of the Florida Legislature that the President’s proposals to restrict the right to keep and bear arms of law-abiding citizens violates the Constitution; provides Florida Legislature, on behalf of the residents of this state, intends to use all of its lawful authority and power to resist or overturn any federal gun-control measure that violates the right of Florida residents to keep and bear arms.”

It would appear that the Republican lead legislature is fighting for you.  Especially since on April 8, Joe Biden rambled about stripping honest Floridians of their gun rights. Well, that isn’t the case.

In reality, Florida’s Republicans are acting like Disney World. They put a lot and effort into the special effects and costumes to make a world of make-believe seem real.

For starters, HM 1301, which was introduced by Rep. Jason Shoaf (R), is a House Memorial, not a House Bill. There is a big difference. A bill is introduced legislation that if passed carries the force of law. A memorial, if passed, is the method by which the state legislature addresses or petitions the federal Congress to air a grievance and nothing more.

So if HM 1301 passes, the Republican led legislature will write a angry letter to Congress about Biden’s gun control and do nothing more.

Mind you, this piece of legislation was hotly debated and contested in the committee. Republicans and Democrats argued and slung mud at each other and made it seem as if this bill had teeth. But, sadly, it doesn’t.

This is what the Republicans in the legislature are spending the precious few weeks they have in regard to pro-gun legislation. They aren’t advancing Constitutional Carry or a true Second Amendment Sanctuary bill.

So GOA was there and we made sure to specifically address this fact to them.

Luis Valdes, GOA’s FL State Director, addressed the House Judiciary Committee and pointed out that the current legislation which was up for discussion was a waste of time, and that they instead should be passing a sanctuary bill with teeth.

As your State Director, I amplify your voices at the Capitol, and I made sure to point out to the lawmakers gathered there today that HM 1301 is nothing but an insult to GOA’s Florida members.

At that committee hearing, Rep. Cord Byrd (R) was there as a member House’s Judiciary Committee, and he chairs the House’s Criminal Justice & Public Safety Subcommittee. This is the very subcommittee where HB 1205 (Second Amendment Sanctuary) is currently stalled along with HB 123 (Constitutional Carry).

I made sure to point that HB 1205 is the real bill they should be passing, not the fakery they’re pushing. HB 1205 is a true Second Amendment Sanctuary bill with real teeth. If HB 1205 were passed, state and local law enforcement that enforced Biden’s gun control would be personally liable since they’d be stripped of their qualified immunity and can be sued as an individual party.

But it is because of Rep. Byrd’s choice as committee chair that he does not move the bill forward. For those that don’t know, Rep. Byrd is a lawyer and he advertises his legal practice as one for Second Amendment rights issues.

Yes, he will make the claim that it is because there is no Senate companion bill, and that’s why he isn’t advancing the bill. The truth is far simpler. The House Speaker doesn’t want that bill to advance, and Rep. Byrd is following those orders instead of gun owners’ wishes.

We must put pressure on the legislature and more importantly, on Governor Ron DeSantis (R), if we want real pro-gun legislation to move forward. The current leadership is the House and Senate are clearly anti-gun.

Utah, Iowa, Montana and Tennessee (just this week) have all passed Constitutional Carry bills in their legislatures and have sent them to their governors’ offices to be signed into law. But Florida, with 102 Republican lawmakers holding a Supermajority, can’t even advance one bill out of committee. Meanwhile Texas is advancing four pro-gun bills out of committee.

It is appalling and sickening where Florida is with the current leadership. Constitutional Carry and the Second Amendment Sanctuary bill face an uphill battle.

That’s why we need to exert external pressure upon these Legislative Dictators by engaging Gov. Ron DeSantis. By doing so, he can put pressure on the legislative leadership like House Speaker Chris Sprowls (R) and Senate President Wilton Simpson (R).

As gun owners, you must be loud, proud, and ACTIVE! Make noise! 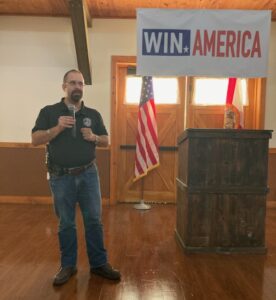 Don’t be afraid, be loud and be proud!

I made sure to make noise earlier this week when I was in Alachua, FL at the Win America Launch Event. They invited GOA to be a guest speaker and to educate the crowd about what’s happening in Tallahassee.

As you can see, I made sure to be loud and proud as a gun owner and even open carried to show the crowd that I’m not ashamed of being a gun owner, nor do I hide it.

In fact, I didn’t hide being a gun owner by carrying my S&W Model 66 .357 Magnum stainless steel revolver. Why such an outdated gun? Because a GLOCK, while better, doesn’t catch the eye like old school stainless steel handgun does.

A number of gun owners today are afraid of being publicly outed as gun owners.

They’re afraid of openly showing support and exercising their inalienable rights as enumerated by the Second Amendment..

Remember what Sen. Baxley said back in 2019:

“Republican Lawmakers don’t support pro-gun legislation because they don’t hear any negative criticism from their constituency. They take the silence of gun owners as approval.” 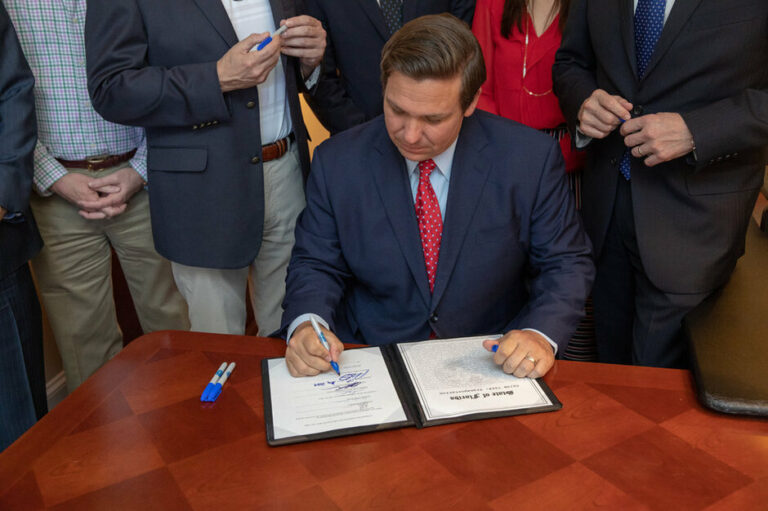